FRANKFORT — Dr. Wilfred Reilly, Assistant Professor of Political Science, has recently closed a book deal with Scholars’ Press, an offshoot of the European publishing giant Scriptum Press. Dr. Reilly’s book, “The $50 Million Question: Exploring the Empirical Relationship between Privilege and Pride,” will be available with online retailers including Amazon by March 2017.

The book is an analysis of how minority status, such as being black or gay affects the extent to which people value themselves and their identities. It was inspired by a famous experiment done by Queens University political scientist Andrew Hacker. 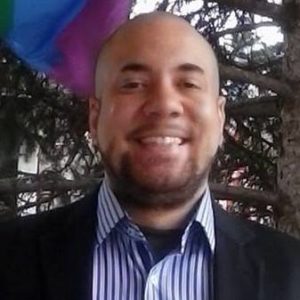 “In the mid-1990s, he asked dozens of white New Yorkers how much they would have to be paid to become black if this were possible. The average answer was $50 million and this figure has been cited probably thousands of times as an example of white privilege and the financial value of being white,” Dr. Reilly said.

Dr. Reilly decided to test Hacker’s theory while working toward his graduate dissertation at Southern Illinois University. He used modern anonymous surveys to ask thousands of randomly selected citizens in the St. Louis area whether they would ever consider changing core traits like their race.

An expert in American and International ethnic group relations, Reilly holds a Ph.D. from Southern Illinois University and a law degree from the University of Illinois College of Law.