Atwood Institute for Race, Education, and
the Democratic Ideal 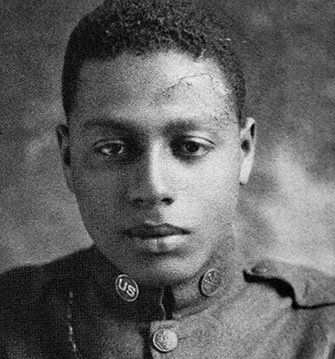 Early Life and Military Service
Born to formerly enslaved parents, and educated in Kentucky schools against the backdrop of Jim Crow, Atwood left Kentucky for Nashville, Tennessee, where he entered Fisk University in 1915. Interrupted by his enlistment in World War I in 1918, Atwood resumed his undergraduate studies at Fisk after gallantly serving with the Signal Corps of the all-black 92nd Division and being awarded the Bronze Star for bravery the day before the Armistice.

Professional Training
Following his graduation from Fisk in 1920 with a bachelor’s degree in biology, Atwood earned another undergraduate degree at Iowa State Agriculture and Mechanical College—now Iowa State University— in 1923. The same year, he accepted a position as professor of agriculture at Prairie View State Normal and Industrial College in Texas—now Prairie View A&M University—before accepting the presidency of Kentucky State College for Colored Persons at just 32 years old. It was during his tenure that Kentucky State was transformed into a college beyond name only. 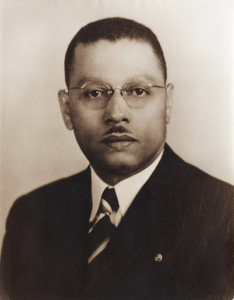 Kentucky State Presidency
Having set high standards, Atwood secured the college’s accreditation after a mere two years at its helm. In addition to securing campus improvements through the New Deal’s Public Works Administration and the Julius Rosenwald Fund, Atwood continued his leadership to enhance both the intellectual and physical environment of Kentucky’s only publicly funded black college throughout his 33-year career as president. He retired from the presidency in 1962.

Legacy
In addition to earning a master’s degree from the University of Chicago, among Atwood’s many distinctions was being awarded honorary degrees from Lane College in Jackson, Tennessee, as well as from Monrovia College and Industrial Institute in Liberia. Married to the former Mabel Campbell in 1921, Rufus B. Atwood died on March 18, 1983, in Frankfort, Kentucky, and is buried in the Frankfort Cemetery.

Watch Rufus B. Atwood in His Own Words

Rufus B. Atwood served as president of Kentucky State College (now university) from 1929 to 1962. While improving educational opportunities for African Americans and bringing full accreditation to the college, he also led the battle for desegregated education in Kentucky in the 1940s. A 1976 KET production.