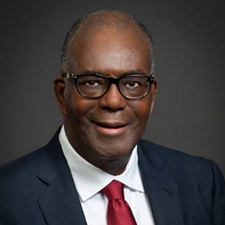 The Kentucky State University Board of Regents has named a new interim president. Dr. Ronald A. Johnson will serve the university in the interim position and will begin his appointment on July 1, 2022.

Johnson is the former president of Clark Atlanta University (CAU), where he led the development and implementation of transformational academic, financial, competitive positioning, organizational, and operating strategies that resulted in significant improvements in enrollment, first-time undergraduate student retention, six-year graduation rates, and key financial performance indicators. He is an innovator in curriculum development and led curricular and pedagogical reform at CAU including the introduction of micro credentials, technology enhanced learning, and market driven academic programs and program innovation. He led the successful development of a new strategic plan for CAU and the reaffirmation of its Southern Association of Colleges and Schools Commission on Colleges accreditation.

The Board voted on the interim president at a special-called meeting Monday, June 27. Additional information regarding his appointment will be forthcoming.

"Dr. Johnson has a distinguished record in higher education administration especially at HBCUS," shared Kentucky State University Board of Regents Chair Dr. Gerald Patton. "We, the Board of Regents are elated at his appointment and look forward to working with him as he provides institutional leadership at Kentucky State University at this critical time."