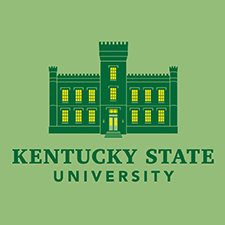 Despite early predictions at a national level that enrollment at HBCUs and PWIs would drop drastically due to COVID-19, Kentucky State University continued to increase its number of students on the Hill.

“We are growing our way out of a pandemic, a recession and an uncertain future,” Kentucky State University President M. Christopher Brown II said.

“I am so excited about this freshman class,” President Brown said.

Students in the class hail from 27 states, with 38% from Kentucky. Seventy-three percent live in the residence halls and 55% were awarded Pell grants. The most popular majors include nursing, business and psychology. The academic profile of the incoming class was higher than last year, as well, with an average high school GPA of 3.17, an average ACT score of 20 and an average SAT score of 1046.

President Brown also presented positive financial news, despite $6 million in unplanned pandemic-related expenses. Kentucky State finished the fiscal year with a $1.1 million net positive financial position. The endowment balance continued its upward trajectory, closing the fiscal year at $19.1 million, up from $18.5 million the previous year. Long-term debt continued to decrease, totaling $2.8 million, with potential to eliminate the debt by 2022 or 2023.

President Brown noted that the General Assembly approved a bond for new student housing, which will be discussed at the upcoming Board of Regents retreat.

“Even amid COVID-19, Kentucky State University is faster, higher, and stronger than before,” President Brown said.