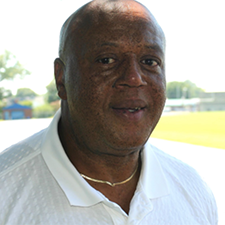 As the head coach of the girls’ track and field team at Paducah Tilghman, Ward coached the squad to 12 state championships, including eight-straight titles from 2000 to 2007. During that time, Ward also coached two boys’ cross country state title teams. In a prior stint at Paducah Tilghman, Ward led his squads to state championships in 1974, 1975 and 1979.

Ward’s early success led to his appointment as track and field head coach at Western Kentucky University, where he produced five All-Americans in his first year.

Prior to coaching, Ward enjoyed success in track and field. A two-time individual state champion at Providence High School, Ward won the state title in the shot put in 1967 and the discus in 1968. Ward went on to star at Western Kentucky University as a decathlete and set the school record in the javelin in 1973.

Ward graduated from Western Kentucky University and is a member of Kappa Alpha Psi fraternity.