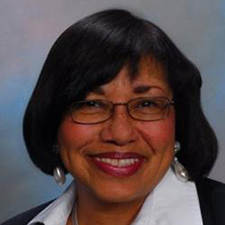 A longtime employee at Kentucky State University is retiring after 44 years of service.

Bankston’s career has been highly recognized within her field. Bankston was honored as a legend in family and consumer sciences at the annual conference and expo of the American Association of Family and Consumer Sciences in 2016. Bankston was also one of 130 leaders from across the country whose biographies were unveiled and published in the publication, Leaders in Family and Consumer Sciences.  In 2016, Bankston  received the award for Excellence in Extension from the Association of Extension Administrators for her outstanding contributions to Cooperative Extension work at 1890 Historically Black Land Grant Universities.

Bankston and other team members received the 2010 Outstanding Program Award for LSYFF (Legally Secure Your Financial Future) from the Association of Financial Counseling and Planning Education (AFCPE). She also received the Outstanding Extension Specialist Award from Kentucky State University in 2013.

In 2002, Bankston was nominated by Kentucky Congresswoman Anne Northrup as a delegate to attend the National Summit on Retirement Savings sponsored by the U.S. Department of Labor, the U.S. Congress, and the President of the United States, George W. Bush. Bankston was invited in 2011 to the Federal Reserve with a select group of participants to discuss the research and evaluation priorities for the Financial Literacy and Education Commission.

Bankston holds a bachelor’s degree in vocational home economics from Morehead State University; a master’s in family economics and management from Southern Illinois University; and a Ph.D. from The Ohio State University in Extension education with minors in family resource management and research. Bankston also holds a leadership certificate from The Center for Creative Leadership in San Diego, California.