Executive director for the University’s foundation Donald Lyons and Kiwanis Club of Frankfort board member Ed Powe discussed KSU’s past and current role in the Commonwealth and its future in light of the proposed cuts on WEKU.  WEKU is a National Public Radio-affiliated station in Richmond, Ky.

Since his entrance to Kentucky State as a freshman in 1964, Dr. Lyons has held many positions including library director and athletic director for the University.  He continues to play a key role in the University’s community. 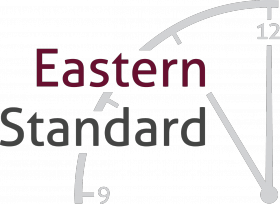 Chicago native Dr. Powe left Sears and Roebuck to work as the Director of the Office of Educational Outreach for KSU, where he served for 14 years. During his tenure, Dr. Powe developed KSU’s successful Summer Transportation Institute as well as a program to help minorities and women enter the construction field. Since 2005, Dr. Powe has continued his work in empowering Kentucky’s youth through his work with the Kiwanis Club of Frankfort, where he now serves on the board of directors.

Other guests on the Thursday afternoon radio program included Dr. Aaron Thompson, who is s the executive vice president of the Council for Postsecondary Education, and Jim Waters, president at the Bluegrass Institute for Public Policy Solutions.