Ogletree, the Harvard Law School Jesse Climenko Professor of Law, and Founding and Executive Director of the Charles Hamilton Houston Institute for Race and Justice, is a prominent legal theorist who has made an international reputation by taking a hard look at complex issues of law and by working to secure the rights guaranteed by the Constitution for everyone equally under the law. 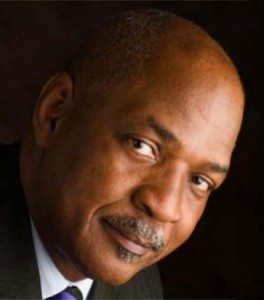 Ogletree opened the offices of The Charles Hamilton Houston Institute for Race and Justice in September 2005 as a tribute to the legendary civil rights lawyer and mentor and teacher of such great civil rights lawyers as Thurgood Marshall and Oliver Hill. The Institute has engaged in a wide range of important educational, legal, and policy issues over the past six years.

Ogletree is the author of several important books on race and justice. His most recent publication is a book co-edited with Professor Austin Sarat of Amherst College entitled Life without Parole: America’s New Death Penalty? (NYU Press, 2012). Other publications include The Presumption of Guilt: The Arrest of Henry Louis Gates, Jr. and Race, Class, and Crime in America (Palgrave Macmillan, 2010). In November 2009, NYU Press published Professor Ogletree’s book, co-edited with Professor Austin Sarat, The Road to Abolition: The Future of Capital Punishment in the United States.

Ogletree is a native of Merced, Calif., where he attended public schools. He has earned an M.A. and B.A. (with distinction) in Political Science from Stanford University, where he was Phi Beta Kappa. He also holds a J.D. from Harvard Law School.

Every year since 2006, Ogletree has been named by Ebony magazine as one of the “100+ Most Influential Black Americans.”