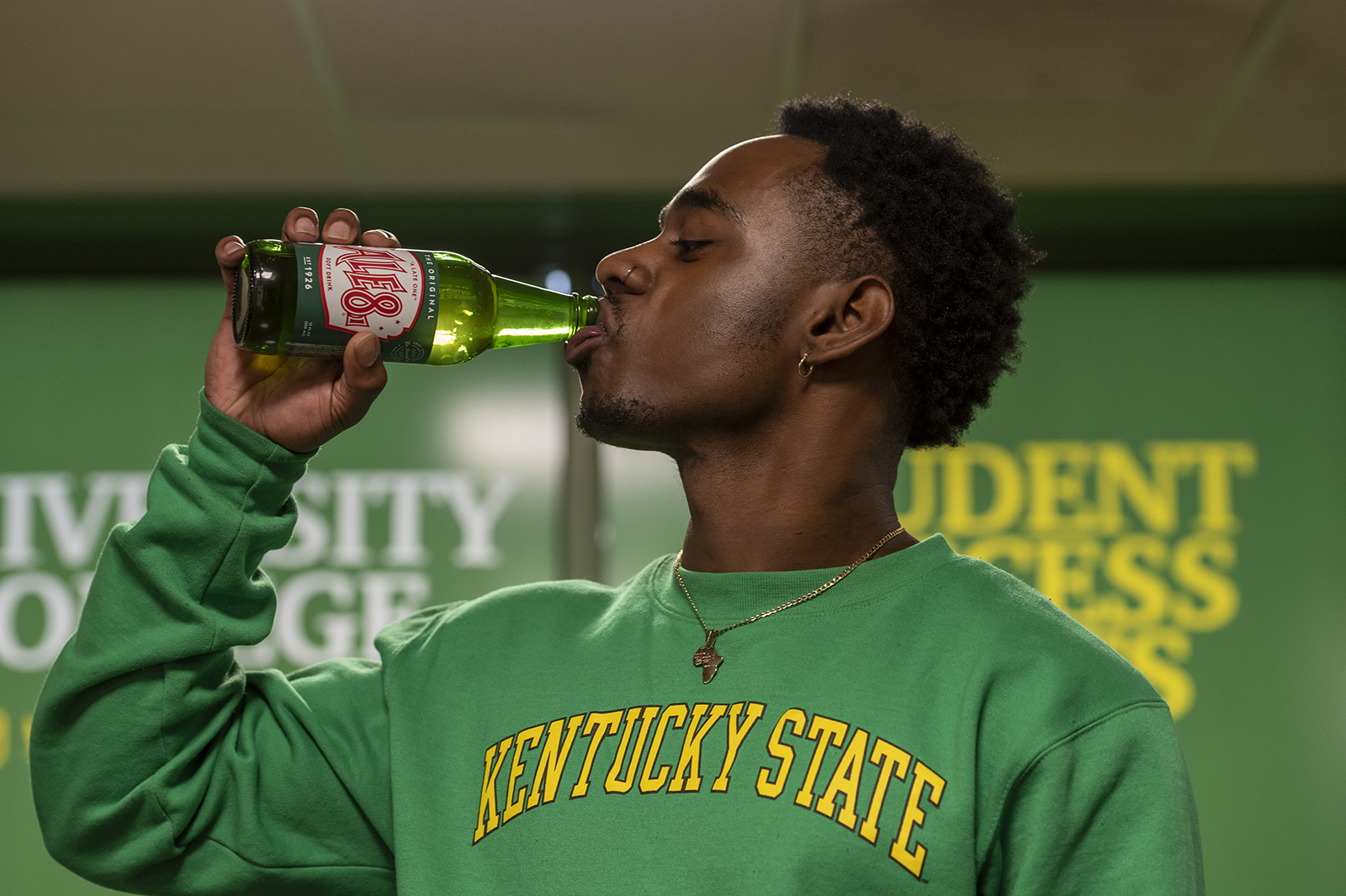 After navigating the effects of a global pandemic for the last year to deliver access to education, Kentucky State University has more reasons than ever to celebrate its 135th anniversary as an institution of higher education.

Part of the 135th anniversary celebration is a new partnership with the iconic Kentucky soda brand, Ale-8-One Bottling Company. Ale-8-One, local producer of Kentucky’s original ginger and citrus soft drink sold in their signature green glass bottles, is also celebrating its 95th anniversary this year. Kentucky State and Ale-8-One will highlight the partnership with a series of collaborations throughout the year.

Through the partnership, a commemorative 135th anniversary Ale-8-One label will be released exclusively to Kentucky State to honor this historic moment. The partnership also includes expanding opportunities and support for Kentucky State University students through internships and scholarships, and an Ale-8-One presence on campus. Finally, Ale-8-One is making its first scholarship donation to the Together Thorobreds campaign and is encouraging others to do so as well.

“This milestone recognition represents a natural partnership between Ale-8-One and Kentucky State. Our shared commitment to agriculture, historic relevance, and of course, our shared colors, brings forth a commonality deserving celebration. We look forward to forming a substantive relationship with the Kentucky State community and strengthening our presence on campus,” said Chris Doyle, marketing director for Ale-8-One.

With a goal of raising more than $3.5 million, Kentucky State will launch its Together Thorobreds 135th Anniversary Giving Campaign. To benefit Kentucky State’s efforts to advance its mission to support the institution’s four pillars of success — academics, access, athletics and agriculture — gifts representing 1886, the University’s founding year, will be requested from constituents through a monthly giving day challenge, highlighting campaign fundraising champions on the 18th day of every month. Gifts ranging from $18 to $1886 are encouraged for this campaign.

The campaign goal is to generate philanthropic support for tuition assistance and to establish eight endowed student scholarship for $18,886.

Visit kysu.edu/givenow to participate in the Together Thorobreds 135th Anniversary Giving Campaign. For more information on 135 years of excellence, contact advancement@kysu.edu.